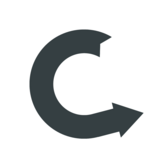 I had other plans for this issue, but we must discuss the elephant in the room. On November 16th, Evernote announced that it had been acquired by Bending Spoons, a company I had never heard of until that day.

You might not know this about me, but I'm constantly testing features in many note-taking Apps. Yes, all the time. They are all very good and clearly inspired by what Evernote started in 2008, but there is a catch.

Have you watched the first part of my conversation with Phil Libin? At the very beginning, he says something quite interesting about organization:

Because of my experience with numerous note-taking applications, I know they were created for people that like to organize. They are all labor-intensive, as we economists like to say.

On the other hand, there is no doubt in my mind that Evernote is the one that makes us the most organized without the effort of having to organize. Like the song from Coldplay says,

I have no idea of what Bending Spoons plans are for Evernote, but if they use AI to make it even easier to be organized without organizing, Evernote will be unstoppable.

If you haven't, go watch the first part of my conversation with Phil Libin. There are countless lessons there.

Saturday I'll release part 2 of 4. However, if you don't want to wait, you can watch the full video, like my Patreon community have already done. There is also an exclusive video explaining how I prepared for my conversation with Phil Libin using Evernote.

💚 Thank you for reading!

If you wish to support my work, you can Buy Me a Coffee, join my Patreon or become a YouTube Member.